When we think of the facilities now afforded to visitors of the Museum, it should be remembered that, in those early days (~1835), persons wishing to view the collections were requested to leave their names, and attend at a fixed hour on some other day appointed, when they were hurried through the several rooms without any respect to their taste for any particular department

Few that saw them [in the Montagu House entrance hall] will forget the giraffes that stood on the upper landing of the staircase, which looked so stiff and rigid as to have given one an idea that they died under the influence of strychnia, or were the original pair that were preserved in Noah’s Ark.

The giraffes in question: 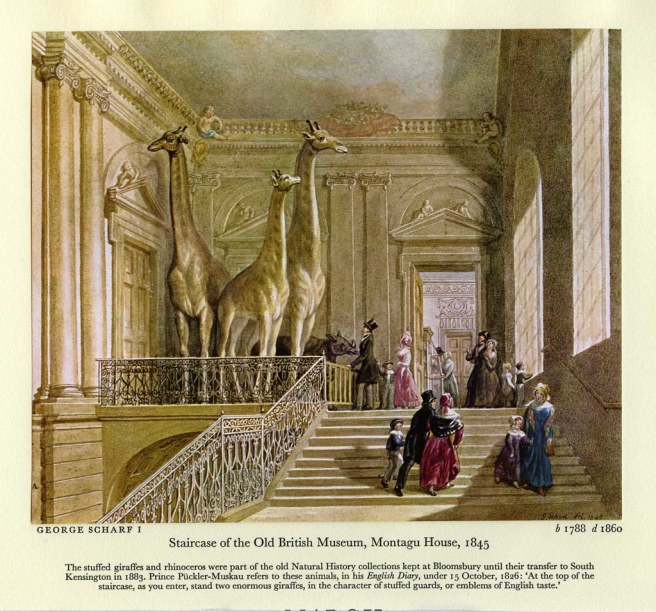 “It will be seen that this mere painstaking burrower and grub-worm of a poor devil of a Sub-Sub appears to have gone through the long Vaticans and street-stalls of the earth, picking up whatever random curiosities he could anyways find in any book whatsoever, sacred or profane” – prologue to Moby Dick